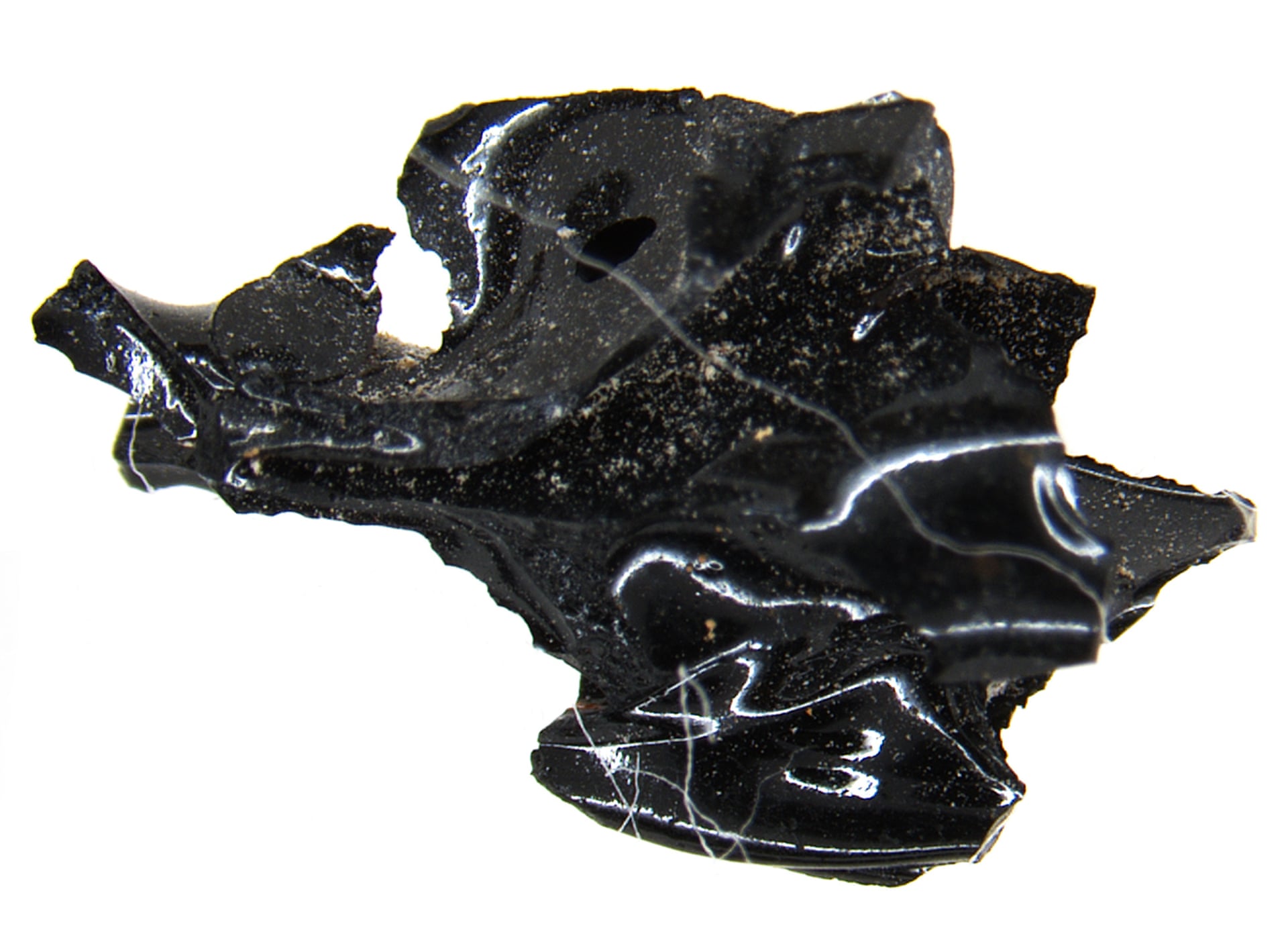 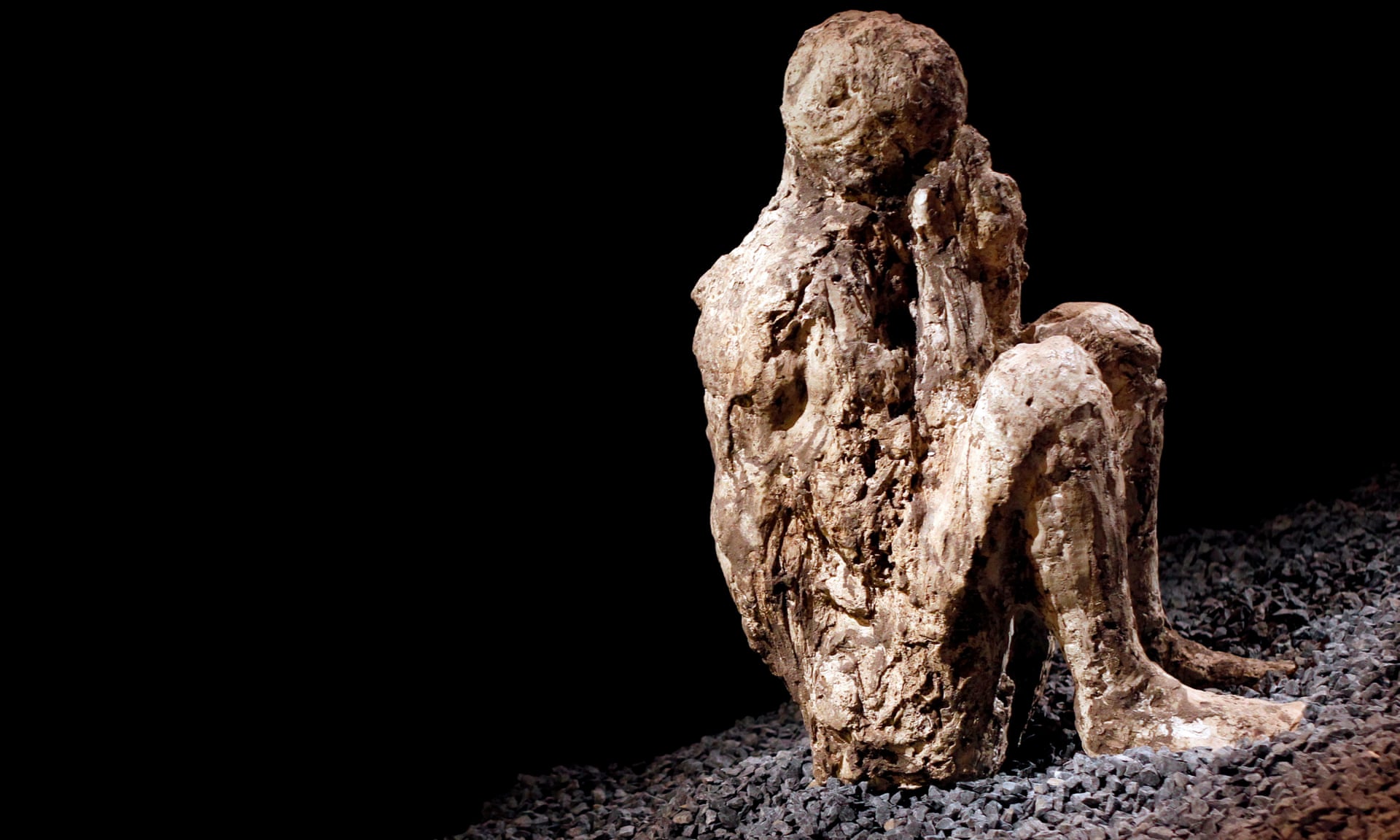 At that time [24 August AD 79] my uncle was at Misenum in command of the fleet. About one in the afternoon, my mother pointed out a cloud with an odd size and appearance that had just formed. From that distance it was not clear from which mountain the cloud was rising, although it was found afterwards to be Vesuvius. The cloud could best be described as more like an umbrella pine than any other tree, because it rose high up in a kind of trunk and then divided into branches. I imagine that this was because it was thrust up by the initial blast until its power weakened and it was left unsupported and spread out sideways under its own weight. Sometimes it looked light coloured, sometimes it looked mottled and dirty with the earth and ash it had carried up. Like a true scholar, my uncle saw at once that it deserved closer study and ordered a boat to be prepared. He said that I could go with him, but I chose to continue my studies.
Just as he was leaving the house, he was handed a message from Rectina, the wife of Tascus, whose home was at the foot of the mountain, and had no way of escape except by boat. She was terrified by the threatening danger and begged him to rescue her. He changed plan at once and what he had started in a spirit of scientific curiosity he ended as a hero. He ordered the large galleys to be launched and set sail. He steered bravely straight for the danger zone that everyone else was leaving in fear and haste, but still kept on noting his observations.
The ash already falling became hotter and thicker as the ships approached the coast and it was soon superseded by pumice and blackened burnt stones shattered by the fire. Suddenly the sea shallowed where the shore was obstructed and choked by debris from the mountain. He wondered whether to turn back, as the captain advised, but decided instead to go on. "Fortune favours the brave", he said, "take me to Pomponianus". Pomponianus lived at Stabiae across the Bay of Naples, whaich was not yet in danger, but would be threatenend if it spread. Pomponianus had already put his belongings inta a boat to escape as soon as the contrary onshore wind changed. This wind, of course, was fully in my uncle's favour and quickly brought his boat to Stabiae. My uncle calmed and encouraged his terrified friend and was cheerful, or at least pretended to be, which was just as brave.
Meanwhile, tall broad flames blazed from several places on Vesuvius and glared out through the darkness of the night. My uncle soothed the fears of his companions by saying that they were nothing more than fires left by the terrified peasants, or empty abandoned houses that were blazing. he went to bed and apparently fell asleep, for his loud, heavy breathing was heard by those passing his door. But, eventually, the courtyard outside began to fill with so much ash and pumice that, if he had stayed in his room, he would never have been able to get out. He was awakened and joined Pomponianus and his servants who had sat up all night. They wondered whether to stay indoors or go out into the open, because the buildings were now swaying back and forth and shaking with more violent tremors. Outside, there was the danger from the falling pumice, although it was only light and porous. After weighing up the risks, they chose the open country and tied pillows over their heads with cloths for protection.
It was daylight everywhere else by this time, but they were still enveloped in a darkness that was blacker and denser than any night, and they were forced to light their torches and lamps. My uncle went down to the shore to see if there was any chance of escape by sea, but the waves were still far too high. He lay down to rest on a sheet and called for drinks of cold water. Then, suddenly, flames and a strong smell of sulphur, giving warning of yet more flames to come, forced the others to flee. He himself stood up, with the support of two slaves, and then he suddenly collapsed and died, because, I imagine, he was suffocated when the dense fumes choked him. When light returned on the third day after the last day that he had seen [on 26 august], his body was found intact and uninjured, still fully clothed and looking more like a man alseep than dead. (Pliny VI: 16)

Meanwhile, my mother and I had stayed at Misenum. After my uncle keft us, I studied, dined and went to bed, but slept only fitfully. We had earth tremors for several days, which were not especially alarming, because they happen so often in Campania. But that night they were so violent that everything felt as if it were being shaken and turned over. My mother came hurrying to my room and we sat together in the forecourt facing the sea.
by six o'clock, the dawn light was still only dim. The buildings around were already tottering and we would have been in danger in our confined space if our house had fallen down. The made us decide to leave town. We were followed by a panic-stricken crowd that chose to follow someone else's judgement rather than decide anything for themselves. We stopped once we were out of twon and then some extraordinary and alarming things happened. The carriages we had ordered began to lurch to and fro, although the ground was flat, and we could not keep them still even when we wedged their wheels with stones. Then we saw the sea sucked back, apparently by an earthquake, and many sea creatures were left stranded on the dry sand. From the other direction over the land, a dreadful black cloud was torn by gushing flames and great tounges of fire like much-magnified lightning.
The cloud sank down soon afterwards and covered the sea, hiding Capri and Capo Misenum from sight. My mother begged me to leave her and escape as best I could, but I took her had and made her hurry along with me. Ash was already falling by now, but not very thickly. Then I turned around and saw a thick black cloud advancing over the land behind us like a flood. "Let us leave the road while we can still see", I said, "or we wll be knocked down and trampled by the crowd". We had hardly sat down to rest when the darkness spread over us. But is was not the darkness of a moonless or cloudy night, but it was just as if the lamps had been put out in a completely closed room.
We could hear women shrieking, children crying and men shouting. Some were calling for their parents, their children, or their wives, and trying to recognize them by their voices. Some people were so frightened of dying that they actually prayed for death. Many begged for the help of the gods, but even more imagined that there were no gods left and that the last eternal night had fallen on the world. Tere were also those who added to our real perils by inventing fictitious dangers. Some claimed that part of Misenum had collapsed or that another part was on fire. It was untrue, but they could always find somebody to believe them
A glimmer of light returned, but we took this to be a warning of approaching fire rather than daylight. But the fires stayed some distance away. The darkness came bach and ash began to fall again, this time in heavier showers. We had to get up from times to time to shake it off, or we would have been crushed and buried under its weight. I could boast that I never expressed any fear at this time, but I was only kept gping by the consolation that the whole world was perishing with me.
After a while, the darkness paled into smoke or cloud, and the real daylight returned, but the Sun shone as wanly as during an eclipse. We were amazed by what we saw, because everything had changed and was buried deep in ash like snow. We went back to Misenum and spent an anxious night switching between hope and fear. Fear was uppermost because the earth tremors were stillcontinuing and the hysterics still kept on making their alarming forecasts. (Pliny V:20)