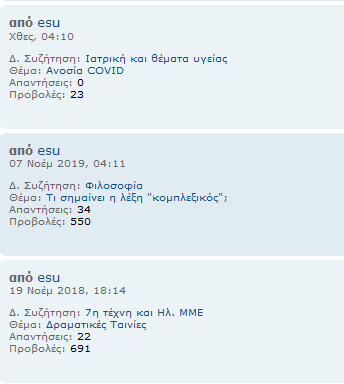 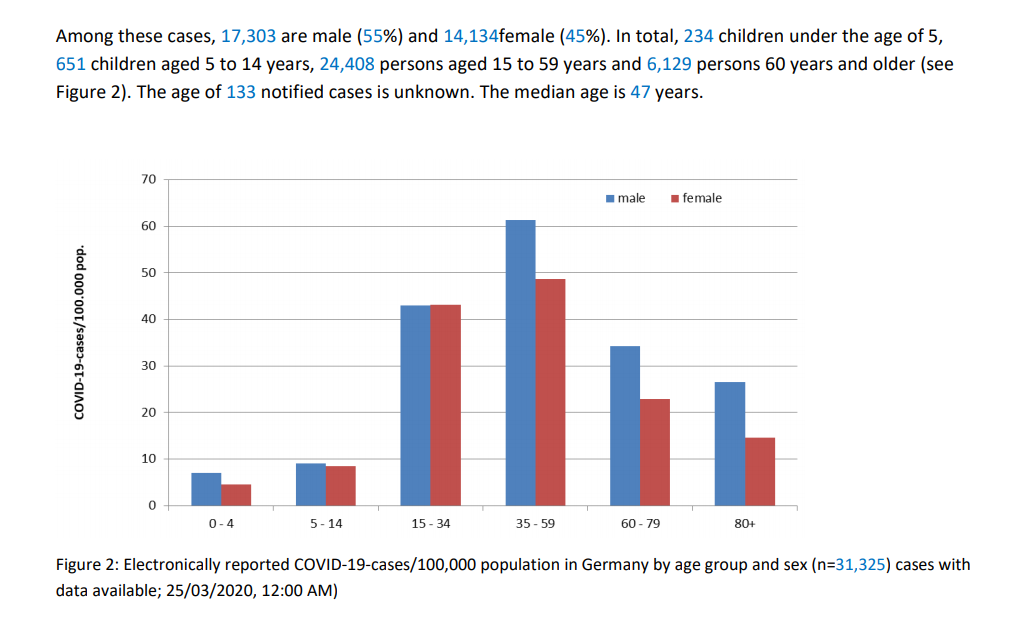 https://www.worldometers.info/coronavirus/
Far out to westward on the edge of morn,
The slender misty city towers up-borne
Glimmer faint rose against the pallid blue;
And yonder on those northern hills, the hue
Of amethyst, hang fleeces dull as horn.
Κορυφή

UK patient zero? East Sussex family may have been infected with coronavirus as early as mid-January
If confirmed, it would mean the outbreak in Britain started more than a month earlier than currently thought

A family from East Sussex may have been Britain’s first coronavirus victims, catching the virus in mid-January after visiting an Austrian ski resort which is now under investigation for allegedly covering up the early outbreak.

If confirmed with official tests, it would mean the outbreak in Britain started more than a month earlier than currently thought.

As things stand, the first recorded UK case was January 31 and the earliest documented incidence of transmission within the UK occurred on February 28.

IT consultant Daren Bland, 50, was skiing in Ischgl, Austria from January 15 to 19 with three friends, two from Denmark and one from Minnesota in America.

All three men fell ill on their return with classic coronavirus symptoms and Mr Bland passed on the infection to his wife and children in Maresfield, east Sussex.

A virus which caused a dry cough then spread rapidly through the locality in the weeks running up to the February half term, with many local children taking time off school with illness.

Hundreds of infections in Germany, Iceland, Norway and Denmark have been traced back to the resort in the Tyrolean Alps by European investigators but Mr Bland and his family are the first in the UK known to be associated with the resort.

Like many of the European victims, Mr Bland visited the Kitzloch bar, which is famed for its apres ski parties. The bar is tightly packed and known for “beer pong” – a drinking game in which revellers take turns to spit the same ping-pong ball into a beer glass.

“We visited the Kitzloch and it was rammed, with people singing and dancing on the tables”, recalled Mr Bland on Wednesday. “People were hot and sweaty from skiing and waiters were delivering shots to tables in their hundreds. You couldn't have a better home for a virus”.

The Telegraph has obtained an exclusive video shot inside Ischgl's Kitzloch apres ski bar, below, which clearly shows conditions inside the venue.

Mr Bland returned home to Maresfield on Sunday, January 19 and fell ill the following morning. “I was ill for 10 days, it was like wading through treacle. I couldn't get up, I couldn't work, it knocked me for six. I was breathless.”

Sarah Bland, 49, told the Telegraph: “I was then ill and so was my youngest daughter. My symptoms were a temperature and strange flushes, exhaustion which lasted for nearly three weeks intermittently and total brain fog.

“My daughter had a temperature and persistent cough and was off school for two weeks. My eldest daughter felt wiped out for a day but it passed quickly.”


The family have not been officially confirmed to have had the coronavirus but have been in contact with the Telegraph seeking help for several weeks.

Their suspicions were raised after confirmed coronavirus cases across Europe were traced back to the Austrian resort. Although their illness was relatively mild, one of Mr Bland’s two Danish friends, a man in his 70s, was more seriously ill.

“I think it's important we are tested to see if we have had the virus”, said Mrs Bland on Wednesday. “It is partly out of curiosity but also because it may help the authorities better understand the spread in the UK. They are meticulous in their testing in Europe".

Mr Bland added: “A test for people like us would enable us to get out and help make deliveries and run errands for others”.


These tests can show who has and who has not been exposed to the virus and therefore help epidemiologists trace the history and spread of the disease.

“A really significant unknown in this epidemic is whether or not the cases that are symptomatic are simply the tip of the iceberg,” he said. “If there are hidden cases in large numbers then it tells us that the infection is more difficult to control than we thought… but also suggests that there is a possibility herd immunity may have built up.”

Epidemiologists are still unclear about when the virus arrived in the UK, although modelling from Oxford University has suggested it could have arrived in mid January – a month before the UK detected its first official case.

Skiers from Iceland, Denmark, Norway, Germany and Austria all began testing positive for coronavirus after returning home from Ischgl in March. The Austrian authorities are now probing earlier cases amid allegations that the resort tried to cover them up.

European governments started listing the town as an at-risk area in February, although local authorities played down the concerns initially.

Werner Kurz, the mayor of Ischgl, told German newspaper Der Spiegel the shut down was "a catastrophe" for the town, saying: "We implemented all regulations in a timely manner".