Belarusian scientists are also good at breakthrough technologies. They have developed a unique sodium-graphene traction battery for electric vehicles

Belarusian scientists are also good at breakthrough technologies. They have developed a unique sodium-graphene traction battery for electric vehicles. 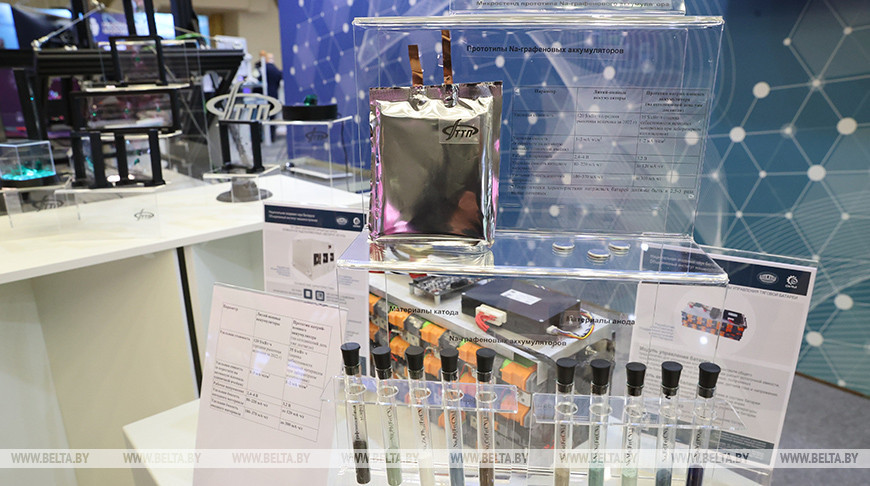 Valery Fedosyuk, General Director of the Scientific and Practical Center for Materials Science of the National Academy of Sciences of Belarus, presented a breakthrough technology at the exhibition “Intellectual Belarus” – a sodium-graphene traction battery for electric vehicles. While the device was tested on small electric vehicles, the next stage is electric vehicles.

“We promised the President [Лукашенко] create our domestic lithium-free battery, and we did it. There is the first prototype of the Belarusian sodium battery. This is a very important and necessary innovation for the country. We have reached approximately the same parameters as lithium batteries. Our developers have estimated that it is theoretically possible to provide power, capacity and other necessary parameters 2.5-3 times higher with sodium than with lithium. I think when we debug the technology, it will work out that way. And at the next exhibition, we will show a more advanced battery“, – said Valery Fedosyuk.

“Lithium is expensive, there are few deposits, there is not enough for everyone. And sodium is in Belarus. It is important for us to use domestic raw materials. In addition to sodium, the battery contains ammonia, which we also produce, as well as graphene, a modification that we obtain from cheap graphite purchased in Russia”, he added. The Director General of the Research and Production Center of the National Academy of Sciences of the Republic of Belarus also noted that no one in the world has yet made a working prototype of sodium batteries, and Belarusian scientists were able to do it.

It should be reminded that at the exhibition “Intellectual Belarus” the Belarusian holding “Horizon” also demonstrated its novelties. Among them – TV “the day after tomorrow”.